There are lot of things going on for Italian streetpunks Bull Brigade because they will release new record with Demons Run Amok Entertainment and also they are celebrating 15 years, so it was time for me to talk with them a bit for my zine.

I BELIEVE THIS IS NOT YOUR FIRST INTERVIEW FOR SOME CROATIAN MEDIA, BUT STILL, CAN YOU PRESENT BULL BRIGADE IN A COUPLE OF WORDS TO THE READERS OF THIS ZINE WHO DIDN´T HEAR YOUR MUSIC YET?

Bull Brigade started in 2006 in Turin, we’ve recorded two full length albums and a bunch of singles so far. We play street punk but in the last few years our sound evolved a lot towards more melodic punk rock. In the last 15 years we played all around Europe and South America. We’ve been lucky to play the Balkans three times so far, twice in Zagreb and once in Novi Sad.

THE TALK IS YOU GUYS ARE RECORDING NEW ALBUM AND IT WILL BE OUT, IF I AM NOT MISTAKEN WITH DEMONS RUN AMOK ENTERTAINMENT, SO CAN YOU TELL ME ABOUT THE WRITING PROCESS, WHAT WILL THE SONGS BE LIKE? WHAT CAN WE EXPECT? MAYBE SOME SURPRISES CONCERNING GUEST PERFORMANCES?

We started writing new songs during the Vita libertà tour cycle, right after that we decided to take a break and that was followed by the COVID-19 pandemic. That meant we had several months to polish our material, spend more time on lyrics and melodies and eventually creating an album we’re really proud of. The record will be out on Demons Run Amok, a German label we started collaborating with a few months ago. We’re very happy with the relationship we’ve established with them and we’re hoping to meet expectations because this is a very critical moment in our career as a band. We have several guests on this album but we prefer not to disclose any spoiler yet.

WHAT COMES FIRST IN WRITING SONGS, MUSIC OR LYRICS? 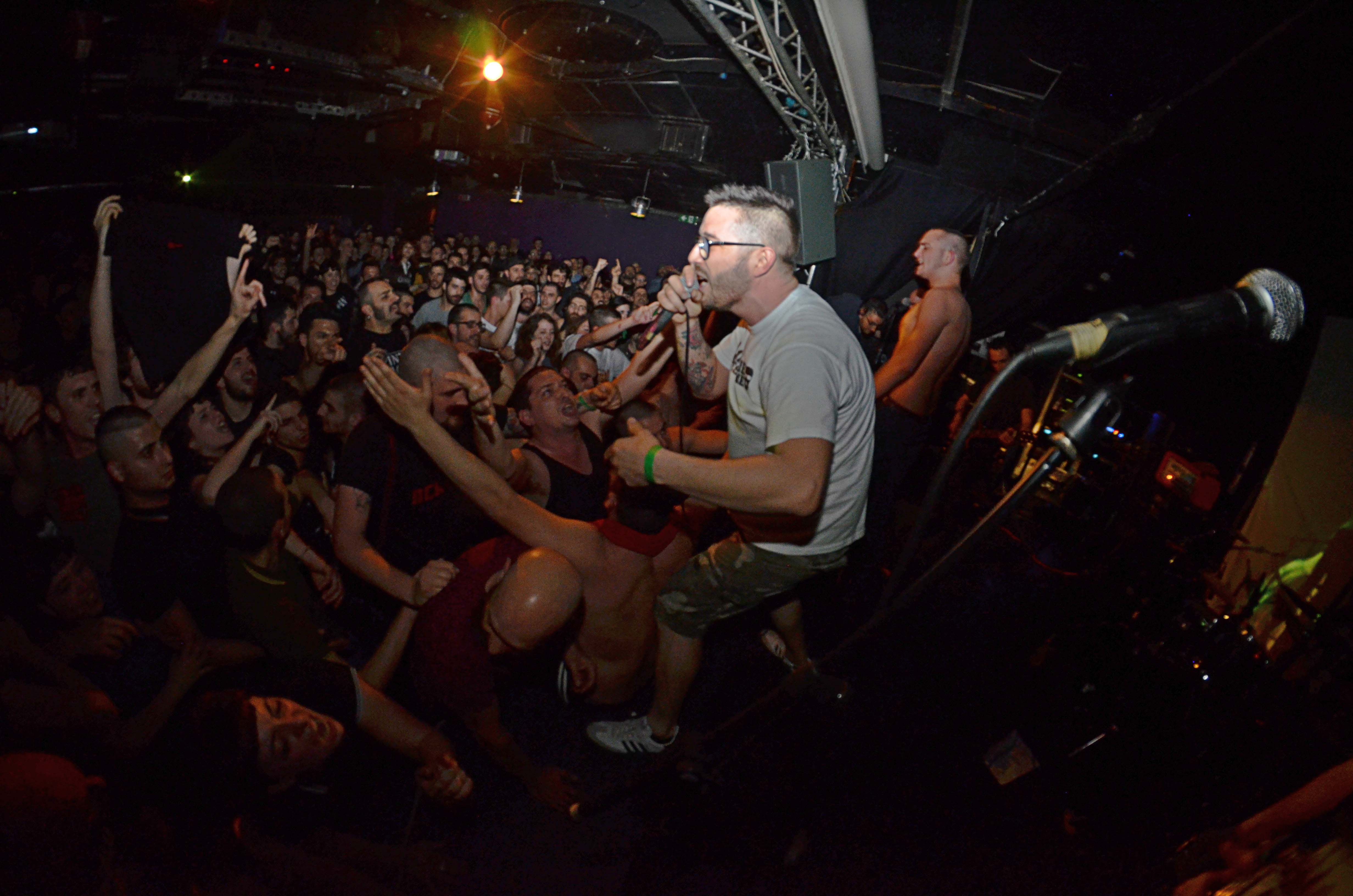 WHAT ARE THEMES FOR LYRICS ON THE NEW RECORD? IS IT EASIER FOR YOU TO SING IN ENGLISH OR ITALIAN?

This album “IL FUOCO NON SI E’ SPENTO” is very introspective and personal, I used it as an outlet to write about what happened in my life in the last few years… having two kids, getting married, losing my dad, loving my football team. But I also wrote about the struggle of the working-class suburban kids in general.

IS THE NEW RECORD GOING TO BE PHYSICAL RELEASE(VINYL, CD, CASSETTE) OR ONLY DIGITAL FOR STARTERS AND THEN LATER ON PHYSICAL?

The new album will have both a physical (vinyl, cd) and digital release.

HOW MUCH IS DIY PUNK ETHICS IMPORTANT FOR YOU AS A BAND AND AS INDIVIDUALS?

Undoubtedly the DIY attitude had a major impact on us as a growing band and as individuals. We spent most of our youth in a very DIY scene and now approaching our fourties we can proudly say we have no regrets. 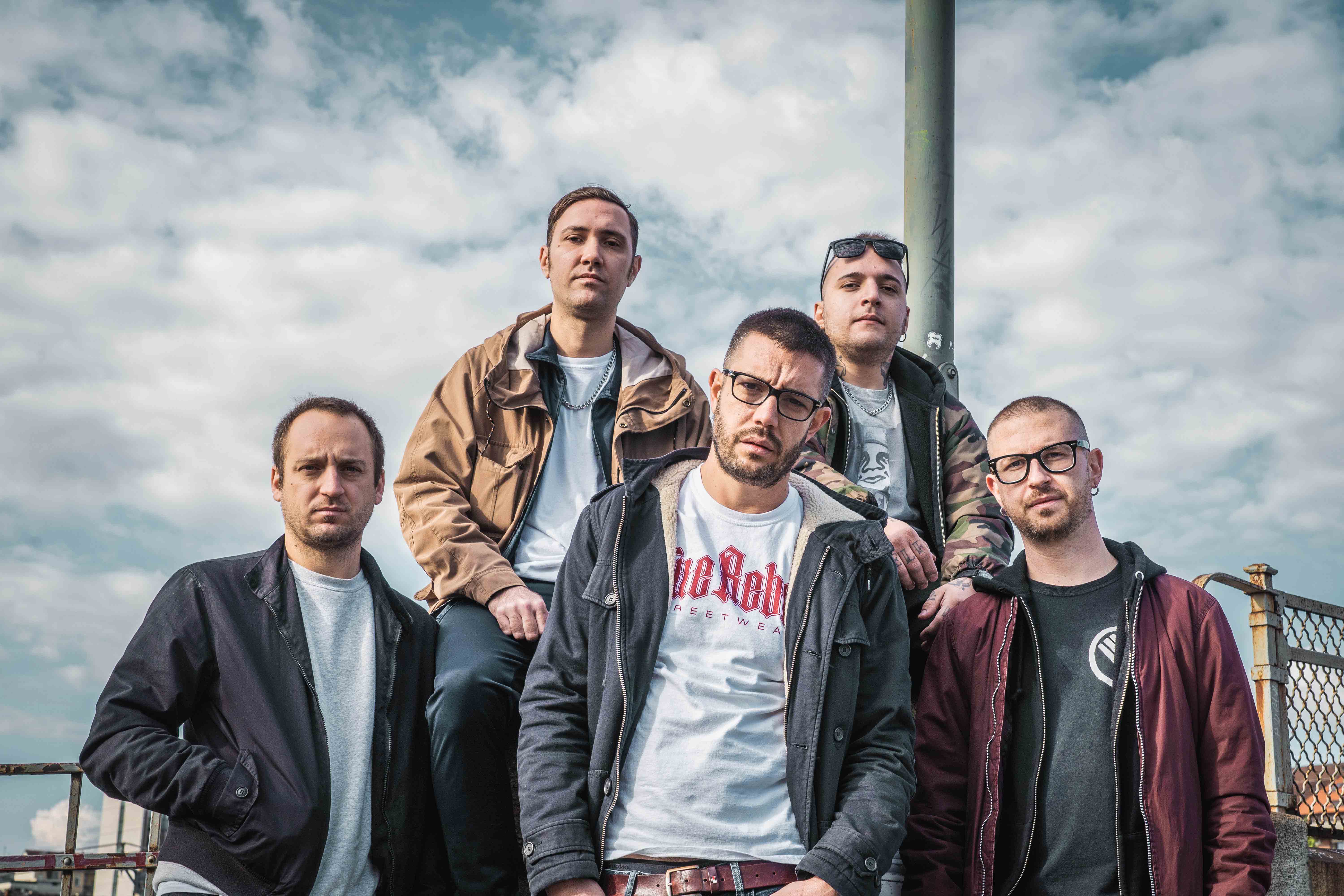 ALSO, IN MARCH YOU GUYS CELEBRATE YOUR FIFTEENTH ANNIVERSARY. THIS IS ALREADY RESPECTABLE NUMBER OF YEARS, HOW DO YOU GUYS PLAN TO CELEBRATE IT? ANY PLANS YET OR ARE YOU WAITING FOR COVID SHIT TO SLOW DOWN AT LAST?

For sure the 15 years anniversary is a major landmark in a career full of beautiful memories. We are really gutted we can’t celebrate it on stage but we will definitely come back stronger than ever after the pandemic ends.

3) playing with Cock Sparrer in Venice

1) destroying my knee on stage in France

3) the day our first drummer Stevie Cemento left the band

HOW IS LIFE IN ITALY IN GENERAL? WHAT DO YOU GUYS DO FOR A LIVING? HOW DO YOU DEAL WITH COVID NO GIGS DEPRESSION?

The situation in Italy is pretty depressing, the pandemic exposed how unsustainable our economic system is. A large portion of our society has been essentially abandoned with no income. Thankfully we never supported our families with music, we all have full time jobs still.

I RECENTLY WATCHED A DOCUMENTARY ABOUT WITCHES AND ALL HYSTERIA BLAMING SOMEONE FOR POVERTY AND MISERY AND MANIPULATING PEOPLE WHO ARE MISERABLE TOWARDS SOMEONE WHO IS SUPPOSEDLY TO BLAME FOR THEIR MISERY. DO YOU GUYS THINK THAT EUROPE IS A BIT SIMILAR AND DANGEROUS BECOMING SIMILAR TO LATE THIRTIES OF THE TWENTIETH CENTURY AND RISE OF FASCISM AND HATRED CAN BE STOPPED?

History tends to repeat itself and the signs are clear out there. The anti-fascist message we always spread now resonates more than ever.

THIS IS ALL FOR THE FIRST TIME IN MY WEBZINE. THANK YOU SO MUCH. FOR END, TYPICAL ZINE QUESTION, ANY LAST WORDS YOU WOULD LIKE TO SAY AND I DIDN´T ASK YOU?

Thank you for giving us this great opportunity and congratulations on your remarkable work for the scene. We hope to catch up with you soon in the Balkans, a part of the world we’re very fond of. See you on the road! 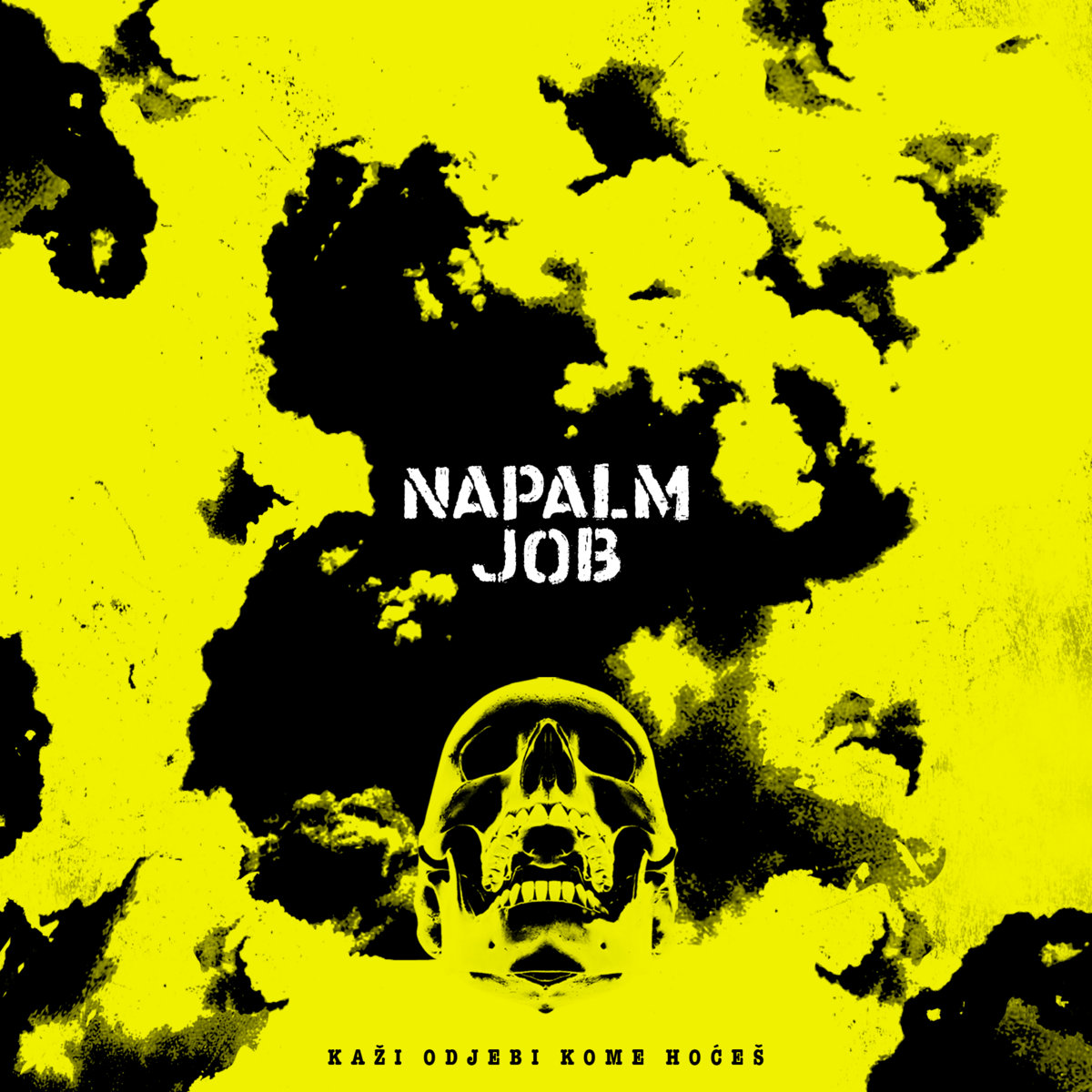 Time for a band from this region, namely Napalm Job from Belgrade, Serbia. This band consists of well known faces within street punk scene, having played or playing in Miki Pirs, Birtija, Trula Romansa, PogonBgd, Trnje…

The new e.p. contains 6 songs, one being cover of Zabranjeno Pušenje, one having music by The 4 Skins but lyrics by Napalm Job. The music of Napalm Job is street punk/oi just the way it was meant to be, with lyrics in Serbian language about everyday life, punk, struggling to survive in corrupted and robbed state, similar to problems we have here in Croatia, so I can totally relate to the lyrics these guys are talking about. Vocals are great, screaming angry, yet fit perfectly to the songs that are fast, energetic, just the way real street punk oi should be. My favorites are To nije Oi! and Nema sjaja. Great release, so have a listen and support your scene and the cause worldwide! 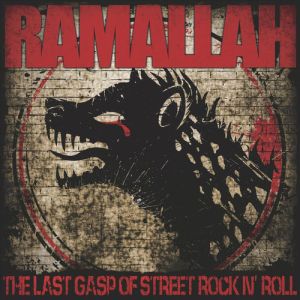 Blood For Blood from Boston are such influence for me with their great street hardcore with balls, heartbroken and street life lyrics and great melodies. Blood For Blood are dead, but Rob Lind continued the fight with Ramallah. This new record contains 8 songs of heartbroken, strong and emotional songs. This is maybe not your fast paced straightforward hardcore punk, but it is streetpunk oi hardcore at its finest. While listening to these songs, I had goosebumps on my skin and my bald head. It made me pump my fist in the air, but also made me cry with sorrow, and in the end it brought kinda hardcore catharsis in my blackened heart. I totally saw myself in the lyrics in the songs, in the melody and guitar work, so this record holds such a special place in my heart. Songs like acoustic gentle Bye Bye or the title song, or many Bruisers and Blood For Blood hommages to the lyrics like the rendition of City Boy and fantastic The Times We Had, make me wanna listen all over again and again. This record connects the glorious odes to the past with the future and the persistence in the scene. I am currently at the most difficult time of my life and countless times in last couple of months I thought just to end it all, but this record serves as my therapy, fucked up therapy, but still worth living. Classic! 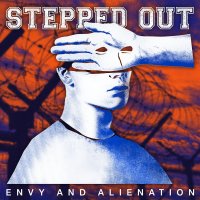 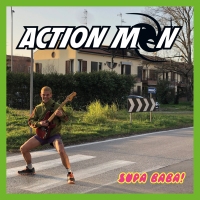 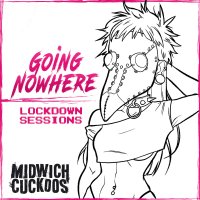 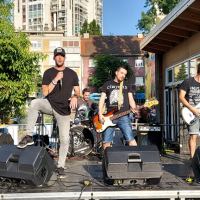 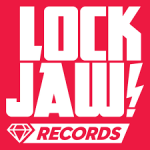 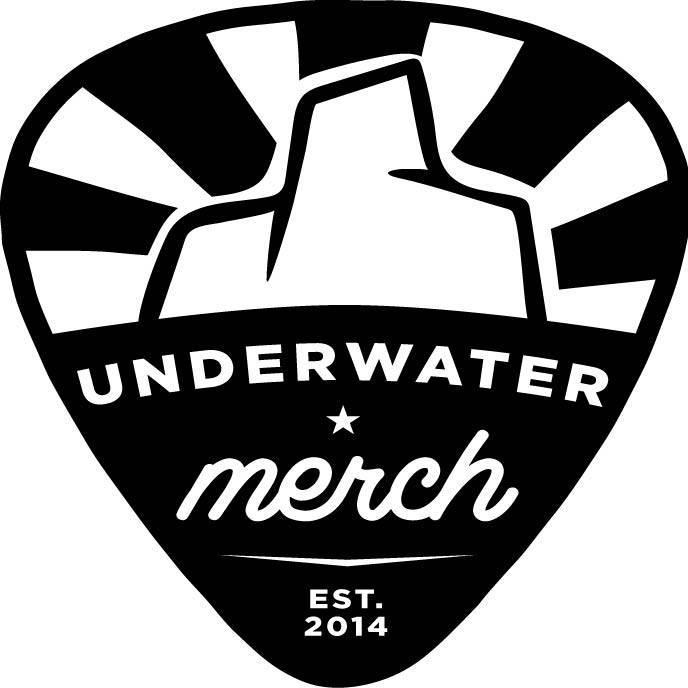 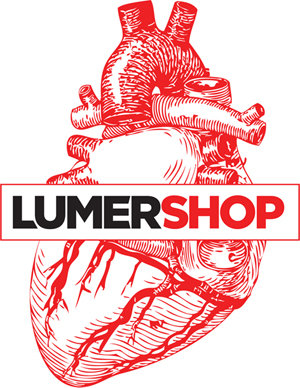 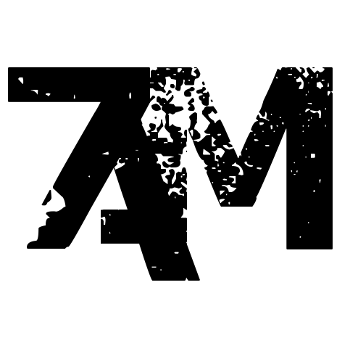 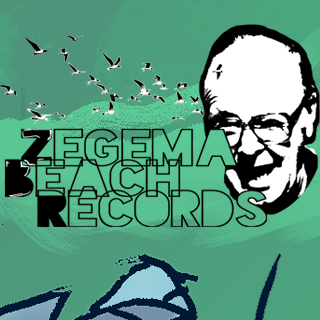 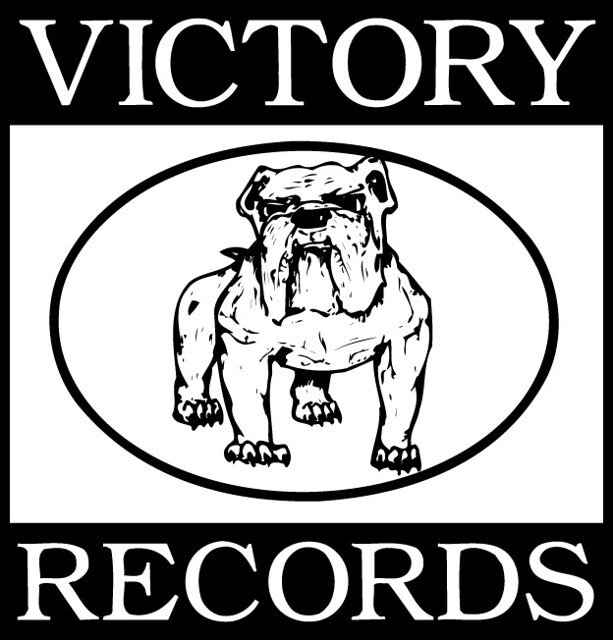 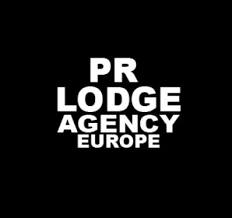 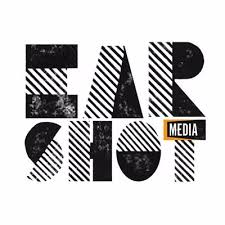 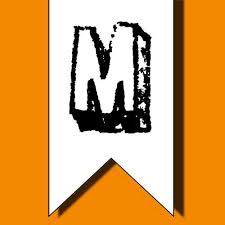 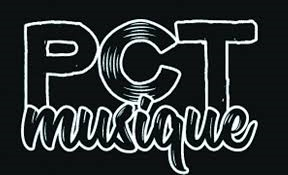 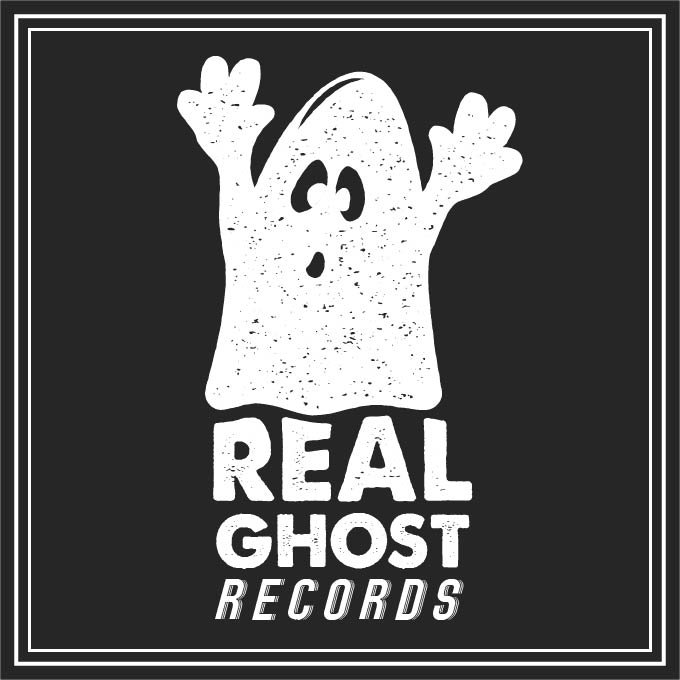